Tatura’s “Grand Old Lady”, Victory Hall, turned 90 years of age on Monday 14th September 2015; at least that’s what it states on the foundation stone holding up the massive walls.  Not many Taturian’s remember the day when WWI Gallipoli veteran Senator H. E (Pompey) Elliott pulled the cover off the Foundation Stone and the heartbeat of Tatura’s Iconic Victory Hall started.

It was only a little over ten years before the unveiling that the Anzac’s (Australian and New Zealand Army Corps) stormed the beaches of Gallipoli.  While this horrendous event accounted for the deaths of more than 10,000 of the Anzac troops it did not end there.  By the end of WWI in 1918 more than 60,000 Aussies gave their lives for their country.  As you will notice, walking into Victory Halls Foyer there is a list 33 names from Tatura who made the ultimate sacrifice.

Just down the road in Tatura’s, “Mactier Memorial garden” is the commemorative statue of Tatura’s own V.C. winner.  Robert Mactier was one of eighteen Victorians who received the highest honour for bravery in battle.

So, that is why the “Grand Old Lady of Tatura”, Victory Hall, exists.  A long term, standing memorial, to all the people in the area who sacrificed their lives for their country.  But, as well as being a commemorative icon, Victory Hall is an asset to the town of Tatura and district that has been Tatura’s centre of entertainment since 1925. 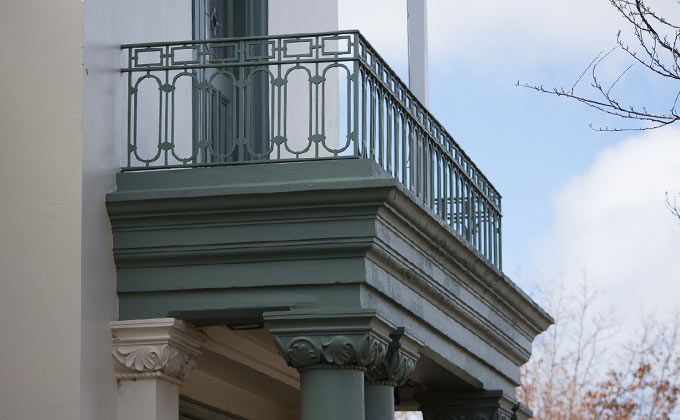 The “Tatura Civic Halls Complex”, (which Victory Hall is part of), as it is known locally, is made up of two historical Halls.  The Tatura Mechanics Institute was built in 1882 and was the first public building in Tatura, immediately becoming the centre of community activity in the rich farming locality of Tatura, often known as the “Jewel in the Crown of The Goulburn Valley”.  The first Church Services were held there along with School classes, and all community public meetings.  Along with this it also held the library and was the entertainment hub for the community, right up to and during WWI.

Immediately after WWI ended the community leaders of the day decided to build a Commemorative hall to the fallen from the local area and so the idea for another hall next to the Mechanics Institute was formed.  There was a long community fund raising program undertaken and it was not until 1925 that the building commenced.  As mentioned before the unveiling of the foundation stone by Pompey Elliott was in September 1925, however it was not until March 1926 that Lord Stonehaven the then Governor General flew to Tatura, (yes actually flew, in one of those newfangled aeroplanes) and performed the official public opening of “Victory Hall“ as it had been named.

“The exterior wall of the hall will be most imposing and, when completed, will be an edifice worthy of the commendable effort made to ensure its construction.  It was decided to name it “Victory Hall” as a tribute to the fallen brave whose sacrifice it commemorated”

The Foundation stone for the building was laid on the September 14th, 1925 by Senator Brigadier- General H.E. Elliott “In commemoration of the great victory gained by the nation in World War 1.  The Tatura Guardian also noted that it commemorated a…. “Great victory of the optimists over the pessimists who were numerous when the idea of a hall was first suggested” 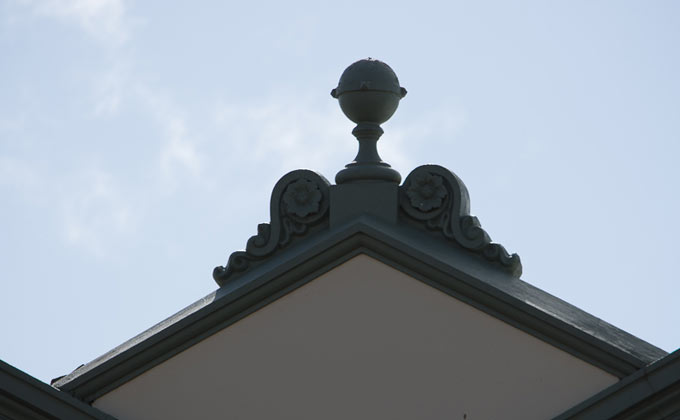 Victory Hall was opened by the “Governor General”, Lord Stonehaven on March 9th 1926.  This was the first occasion that a Governor General had visited the Goulburn Valley and is well documented in Bill Bossence’s “Tatura” book.

Down through the years, this iconic Memorial to Tatura’s fallen has been the hub of Tatura and District social scene that has created Tatura’s strong community culture.

So Victory Hall was born in 1925/26.  It immediately reduced the load on the Mechanics Institute and quickly became the entertainment centre of the Tatura area.

Down through the years The Tatura Civic Halls Complex has been home to many community groups.  The Tatura Sub Branch of the RSL moved into the two front rooms of the Mechanics Institute in 1947 just after WWII, the Rodney Art Group calls it home and many other local groups.

Sadly, however, as with many halls of that era, community groups stopped using it and were able to raise funds build their own clubrooms.  This reduced the utilisation of the Complex reducing its income to below maintenance level. By 2012 the RSL Clubrooms had been closed due to water leakage and the whole complex was badly in need of renovation.  The committee of the day decided “enough was enough”, went to the community and explained the problem, “Is Tatura’s Iconic Hall Complex worth saving” was the message.  There was a resounding “yes” from the community who immediately responded with funds to start the renovations.  With the generosity of the community and some grants from bodies such as, 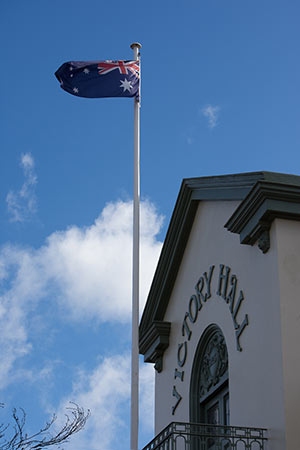 The renovations are now well underway.  The plumbing is fixed, The RSL has returned to their rightful home, the complex has been painted externally and new chairs adorn the inside.  While much work still needs to be done the complex looks very much loved by its community owners.

So on this occasion the Tatura Civic Halls Complex is saved.  But what to the future, in ten, twenty years’ time, will this community owned complex be sustainable.  As the complex is not council owned they will not maintain it into the future.  It seems it is entirely up to the Committee to maintain the momentum and the community to keep responding to the call, “Do we want to preserve our Iconic Hall Complex?”

There are probably a lot of Community Halls throughout the state (and indeed nationally), built in the same era who are asking the same question.  Most of these Halls were built between 1870 and 1930, since then the population has entered the Pub and Club scene for their entertainment venues.

The question is “How do Communities, such as Tatura, reinvent their much loved Civic Halls Complex?”

Perhaps the answer is to recreate and celebrate many of the memorable events held in these halls in the past one hundred years as Tatura has done with the 90th Birthday Ball and the re-enactment of the unveiling on September 13th 2015, with the Variety Concert to follow.  If you were once part of Tatura, or you just like old halls, come along and have a look, maybe this is how it is done.